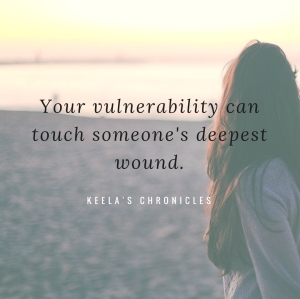 Following my last post “Don’t Get it Twisted – It’s Not About You”, a friend of mine sent me a very touching message, in which she expressed how much she enjoys reading my blog . I won’t even front, I was on top of the moon! To say that I was elated would be the understatement of the century.

One thing they never tell you about stepping out in faith, is that sometimes you have to step in a different direction than most of the people you know and that, my friends can be extremely lonely. I don’t personally know anyone that is doing what I’m doing (aka blogging) and that is scarier than I could have ever imagined. So, having this beautiful soul (I’m so sweet talking here lol) congratulate my efforts, was more encouragement than I woke up expecting.

After those comments I was practically floating, until she said “keep it up, transparency is what people need”. In that moment floating seemed like a pipe dream and it felt as though gravity had body slammed me to the ground screaming “stay down, wimp!”

I could all of a sudden see the neon green sign blaring the word ‘imposter’ before my eyes.

People always say that you should never judge a book by its cover, because the cover is not transparent enough to show you the depth of the plot. And honestly, even reading the first “7 lines” alone doesn’t fully prepare you to appreciate the literary genius of a great book. The transparency is held in the words, and the only way to fully catch a glimpse of it is to continue reading. When you’re about half way through, the plot starts to unfold itself and the brilliance begins to bloom like the first spring rose after a long winter.

Transparency can only be found at our core.

I started blogging so that all of the heartache, pain, struggle, revelation, love, success and forgiveness I have ever experienced in life could be used as more than just painful memories or faint smiles of fondness.

It’s so interesting that as Christians, and even just as humans in general, we are always willing to help others through the things that didn’t rob us of sleep; and those things that kept us up all night, raining rivers of tears on our pillows, we keep hidden under our beds and in our closets. We neglect the tests in our testimonies and instead choose to elaborate on the pop quizzes.

My friend didn’t know it but she called me out on doing the very same thing. As the wheels in my head turned over her comment I realized that I wasn’t being , I was being “translucent”.

Translucent – Adjective: (of a substance) allowing light, but not detailed shapes, to pass through.

It’s all fine and well talking about the things that only lie on the surface, but that’s not what we were put here to do. In Matt 5:16, the Bible commissions you to “let your light so shine before men, that they may see your good works, and glorify your Father which is in heaven”. People need to hear the nitty-gritty, to understand the transformation from the slug and slime that we have all found ourselves in at some point, to paint a real picture of the Miry Clay (Ps. 40:2) that we were in and God pulled us out of, and how he did it.

The things we go through are not always just for us; they are for God’s glory; for that person you will encounter in the future that struggles with the same thing and needs a helping hand or voice of reason; its to help that person that is struggling to believe in a God they can’t see by expressing to them what he has allowed you to come out of through His Sufficient Grace and Undeserved Mercy.

Allow the shapes of your breakthroughs to shine through the light of your life. I know it’s easier said than done, and I know that its scary being vulnerable; but I believe that it is much more beautiful to witness God use your life as the light that brings someone out of their darkness.

I vow to seek transparency in ministry. Will you?

Keela's Chronicles was started by Jann Jacobs, a wife, entrepreneur and aspiring author. Jann created this blog to share her personal experiences, about faith and the road to turning her passion and life purpose into a profit. She believes whole-heartedly in the principles of the scripture Proverbs 18:16, "A man's gift makes room for him, and brings him before great men". Thus, she uses her gifts not only to inspire others but also to make a living, and she believes that everyone has the potential to do the same. View more posts